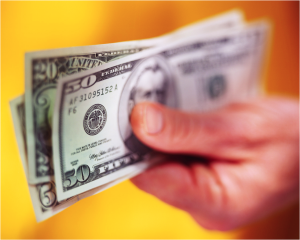 I rode with an Uber driver to the airport last night. The driver told me he drove a NYC taxi for 16 years before switching to Uber 12 months ago. When I asked why he switched, he explained that driving a taxi was stressful and Uber provides a better quality of life. He said the customers are nicer and he enjoys his life more. As a taxi driver, he leased time on someone else's car. With Uber, he purchased his own Town Car and runs his own business. When I pressed him to ask if he made more money with Uber, he insisted that the money was the same; it's the quality of life that drove his decision.  The discussion reminded me how incremental improvement is often enough to disrupt the status quo and drive real change in a market. In this case, I'm considering better quality of life for the same earnings as incremental. So often, we see startups trying to change the world with revolutionary product offerings that often end up confusing potential customers if the product experience is too far of a leap from the status quo.  Smart, incremental improvements can make all the difference and seem revolutionary in retrospect when wide adoption occurs. Moreover, adoption can happen more naturally because the product offering is more familiar. Companies like Uber and Dropbox come to mind as businesses that executed what others had tried before, but did so in a way that worked for consumers and gained adoption.  Consequently, they seem revolutionary and disruptive, but they're both really incremental improvements on pre-existing concepts.

Naturally, I couldn't resist asking the driver his opinion of surge pricing. He said surge pricing has little bearing on his decision to drive. "If drivers need money, they will drive," he explained. He said that he's never been motivated to drive because of surge pricing.  He drives six days per week and takes Monday off for doctors appointments and things. Rarely does his schedule change. He believes that surge pricing drives more customers away than anything else. "If you take advantage of the customer, they will go somewhere else. Without customers, there's no money." That is truth. He believes surge pricing should be capped at 2-3x during extreme conditions, but no higher.

[http://res.cloudinary.com/joshguttman-com/image/upload/v1412905172/biddingopportunities_wvpqhu.jpg] A decade or so ago, while working for…